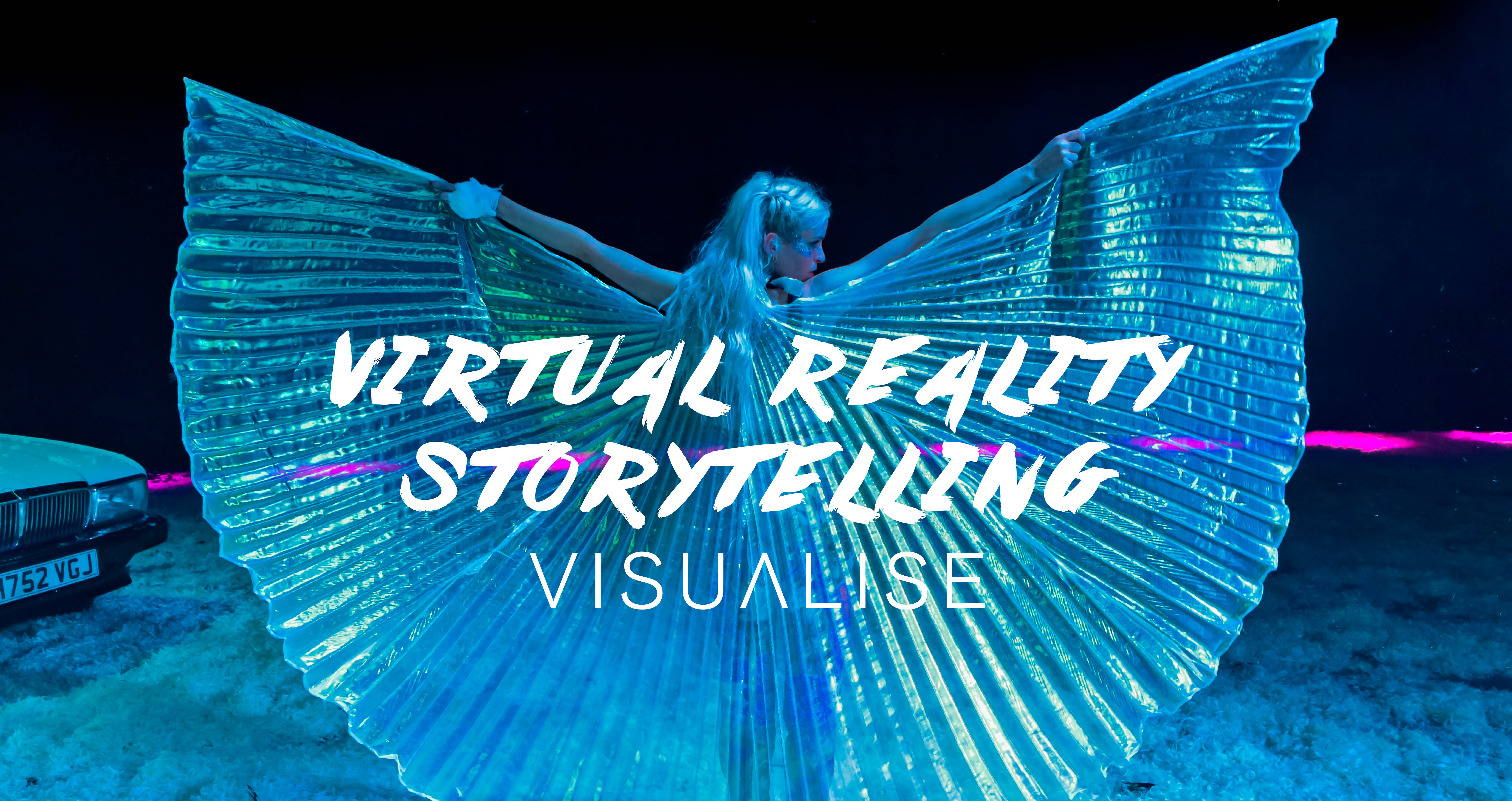 On Tuesday 24th May we hosted an intimate event in Shoreditch supported by Igloo Vision, posing the questions – what does storytelling in virtual reality look, sound and feel like?

Moving away from the traditional panel-set up we wanted to keep theory to a minimum and offer guests a practical, experience-led opportunity to see for themselves across a series of projects we’ve recently produced. This showcase included work with The Economist, Inception, MSF and Vodafone Foundation viewed in the Samsung Gear VR, Oculus Rift CV1, HTC Vive and Igloo Dome.

Over the past couple of years the Visualise team have been working hard to test theories and develop an understanding of the challenges faced when taking the viewer through a journey in virtual reality that both makes sense and is engaging.

One of the key criticisms of the VR content at Sundance Film Festival this year was that the films ‘passed the workload buck’ to the viewers – leaving them to hunt the scene for the story. This is something we are keen to avoid and use a number of techniques such as match cuts, natural camera movements, visual cues, binaural sound and, crucially, a well-planned and established storyline that is developed with VR in mind. The final experience should have the user comfortable, completely transported and engaged in the story, following it from scene to scene and understanding the full narrative of the story.

Below is a breakdown of the various projects that were on show:

Connecting for Good is the celebration of 25 years of giving through the 27 Vodafone Foundations around the world. In a 21m Igloo Dome guests were taken on an immersive journey as stories of the foundation’s partnerships were projected around them, highlighting the potential of networks, data and technology to provide connectivity and drive change where it matters.

Hummingbird allows you to follow Kyla on three different journeys as she hovers between the different versions of herself. The story unfolds as an “Interactive Dream Sequence” in Kyla’s mind – featuring falling stars, a dancing galaxy and a rearing “Night Mare…”

RecoVR: Mosul tells the story of Project Mosul an initiative dedicated to preserve the cultural heritage of Iraq’s Mosul Museum, whose many artefacts were destroyed by the Islamic State in early 2015. Volunteers used crowd-sourced images to digitally reconstruct the lost artefacts using photogrammetry technology. The CG VR experience is narrated by The Economist’s Deputy Editor, Tom Standage as he takes you on a journey through the museum, which has now been preserved for future generations.

Passport, is a documentary style travel series from The Economist’s new content division, Economist Film. For the Osaka episode, filmed in 360-degrees, we meet Benny, a US born tattoo artist who has lived in the city for 13 years. Benny takes us on journey through the vibrant subcultures in Osaka and offers us a unique view of his perfect day in the city.

Forced from Home is an immersive documentary that will travel the USA from autumn 2016. Visiting refugee camps around the world and meeting displaced people and MSF field workers, viewers will gain an intimate perspective into why people flee their homes, what the search for safety is like and the many dangers and health risks they may face.The stories are from locations including Greece, Iraq, Lebanon, Mexico, Tanzania and South Sudan.

Tilt Brush by Google is one of the most exciting virtual reality applications available. Simple, intuitive and spellbinding, it opens up unlimited opportunities for anyone to create art within an immersive virtual environment.

We have partnered with Global Street Art and graffiti artist, Chu, who has painted an immersive world for us, we invite you to step inside and create your own story.

Travel the world in under 3 minutes in our 360 showreel. Take in diverse experiences produced by the Visualise team for some of the world’s most iconic brands. Be transported to NYC and Singapore for Thomas Cook, have a tennis lesson with Tim Henman at Wimbledon and speed around the Amalfi Coast in a Lamborghini.

Maelstrom is a 360 animation inspired by the turbulent waters of Devil’s Point, Plymouth. Mysterious upwellings and whirlpools combine with memories of long-forgotten arrivals and departures. The piece was produced Jack Hague with music composed and performed by Mike Bramich as a commission by ICCI and Arts Council England South West for LOCOG Cultural Olympiad 2012.

Please come back to see our videos from the event. If you’d like to chat about our work or have a brief you’d like to explore with us, please get in touch below.